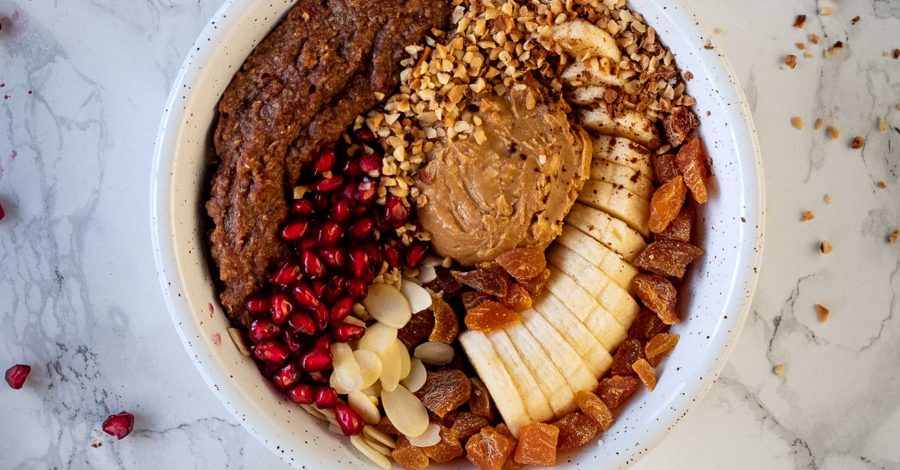 Some of the ingredients in this recipe were kindly gifted from BuyWholeFoodsOnline.co.uk, the UK’s online store for organic, whole, healthy foods.

It’s December and Christmas may be on the horizon, but early mornings in winter still feel like a frozen wasteland of darkness and fatigue.

This vegan & gluten-free alternative to porridge is creamy, sweet and best of all: hot 🔥

This recipe works just as well as a dessert or supper, for those with a sweet tooth, or pep it up with some fancy toppings (as pictured) for a special occasion breakfast. I’m planning to make a batch before I open my stocking on Christmas morning.

Yes! Buckwheat is totally gluten-free (despite the name).

For someone who gets ill when they eat wheat gluten, the name buckwheat can be kinda offputting, but not to fear! Buckwheat its actually a grain-like seed, named because it can be used much like wheat is.

While oats are technically free from the gluten protein, there is a high risk of cross-contamination, and many people with coeliac disease or other non-coeliac gluten-sensitivity find that they also react badly to oats – even oats certified as gluten-free.

Buckwheat flakes are a really fantastic alternative to oats – if anything, they cook much faster than ‘regular’ porridge or oatmeal, and have a really nice creamy texture, and a nutty, roasted flavour.

You can top this breakfast bowl with pretty much anything. Go to town with whatever nuts, seeds, nut butters, and fresh or dried fruits you have to hand.

This version of buckwheat porridge is sweetened & flavoured with:

You can absolutely swap these out or add to them, according to your own tastes (and the contents of your own cupboards!).

Carob, like chocolate, is derived from a pod grown on trees. You’re likely to find it in two forms: chips and powder. Look for it in the speciality foods or health foods aisle of the supermarket, a speciality online retailer like BuyWholeFoodsOnline.co.uk, or at your local health food shop.

Is carob an alternative to chocolate?

Why use carob instead of chocolate?

You don’t have to use carob in this recipe – if you substitute with cocoa powder, you might need to add a little more maple syrup as carob is sweeter than cocoa. Carob powder is always vegan – cocoa itself is vegan too, but some brands of cocoa powder have milk added (typically the cocoa powders designed for use in drinking chocolate). Unlike cocoa, carob is also caffeine-free, making it a good choice for supper or late-night snacking.

This is a really simple & flexible recipe: essentially just dump all the ingredients in a pan, simmer for 8-10 minutes & top with whatever takes your fancy. 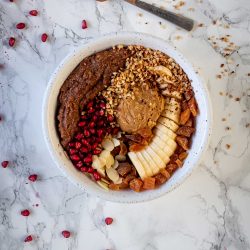 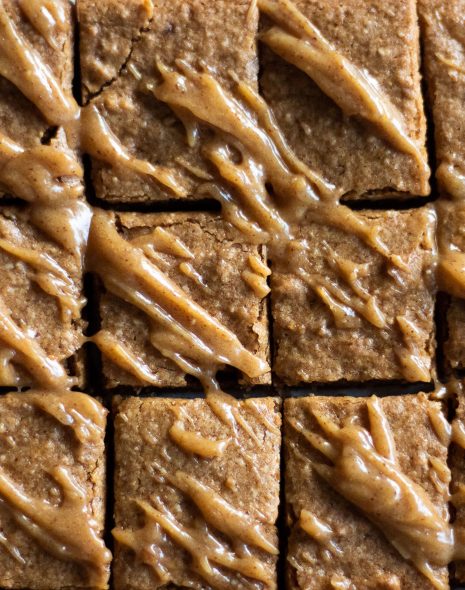 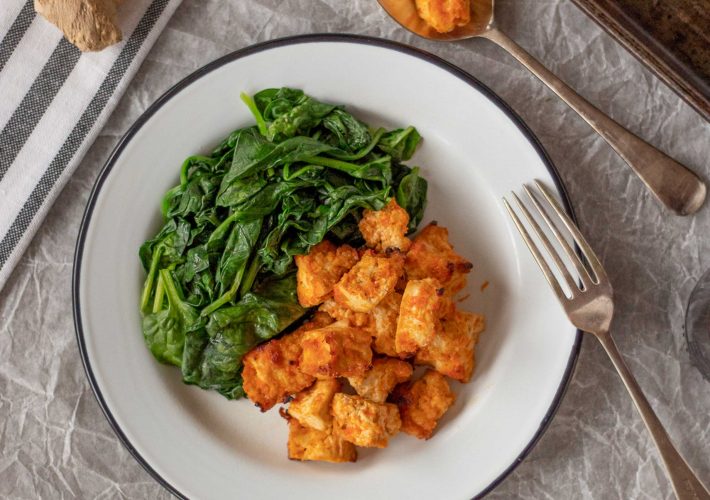 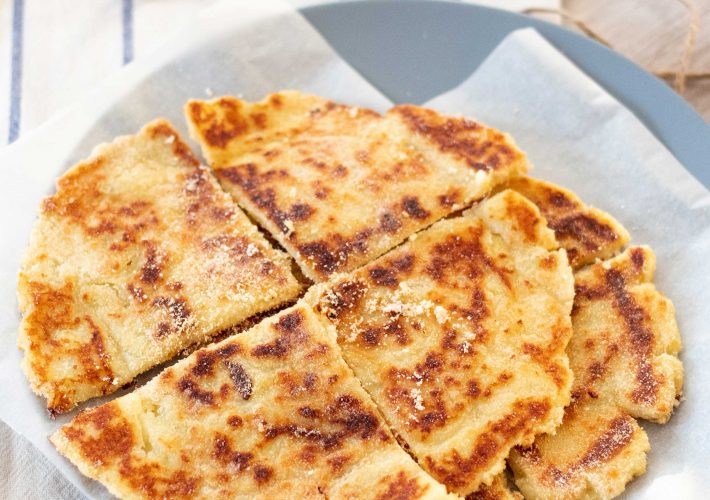